The History of Shortbread
Shortbread may be the leading example of famous Scottish dishes. Today we are going over the history of Scottish shortbread cookies, and how this sweet treat made it's way to the Lowcountry.
366
post-template-default,single,single-post,postid-366,single-format-standard,theme-bridge,bridge-core-2.4.2,woocommerce-no-js,ajax_fade,page_not_loaded,,qode-title-hidden,paspartu_enabled,qode_grid_1300,footer_responsive_adv,hide_top_bar_on_mobile_header,columns-4,qode-theme-ver-22.7,qode-theme-bridge,wpb-js-composer js-comp-ver-6.2.0,vc_responsive

05 Feb The History of Shortbread

Posted at 08:28h in Shortbread Facts by Tech Support

Scottish culinary practices have evolved slowly over time, owing to Scotland’s relative isolation from Europe and surrounding nations. While traditional Scottish dishes were sometimes served at English court, this was more of a novelty than a regular practice. Still, some of Scotland’s most famous dishes have become known in other parts of the world. Shortbread may be the leading example of famous Scottish dishes. With its grainy but buttery texture, sweet but slightly salty flavor, shortbread is one of the most beloved cookies (or biscuits) in the world.

Shortbread’s origins come from medieval Scotland, where leftover bread was dried in an oven into a biscuit called a rusk. The resulting bread was dusted with spices and sugar to make a sweet treat. Eventually, this twice baked bread was baked less with yeast, and more with butter, making it into a kind of cookie or cake.

Who Ate Shortbread: Brides to Royalty

Shortbread was not available to ordinary people on a regular basis. It was expensive, only to be purchased for special occasions like holidays and weddings. In some parts of Scotland, shortbread would be broken on the head of the bride as she walked into her new home.

When eaten on New Year, shortbread takes the place of yule cakes, which were used in Yule celebrations to symbolize sunlight and seasons of light. Shortbread is often served to the person who first sets foot in a home on the first day of the new year (known as “first footers”).

Mary, Queen of Scots is credited with the refinement of modern shortbread. She was known to be very fond of a type of shortbread, known as “petticoat tails.” This type of shortbread was flavored with caraway seeds and cut from a large circle.

Traditional shortbread takes one of three forms: thick “fingers,” round biscuits, or segments of a larger circle. Today, shortbread can be found in other forms as well. With its commercialization, shortbread is manufactured and sold in grocery stores, or made at home, served warm.

Where Does Heritage Shortbread Fit?

The history of shortbread is long and winding indeed, with many recipes coming together to form the savory sweet biscuits we know and love today. Heritage Shortbread was first hand-crafted by Willow McGrain, who used the same techniques her family used for generations. 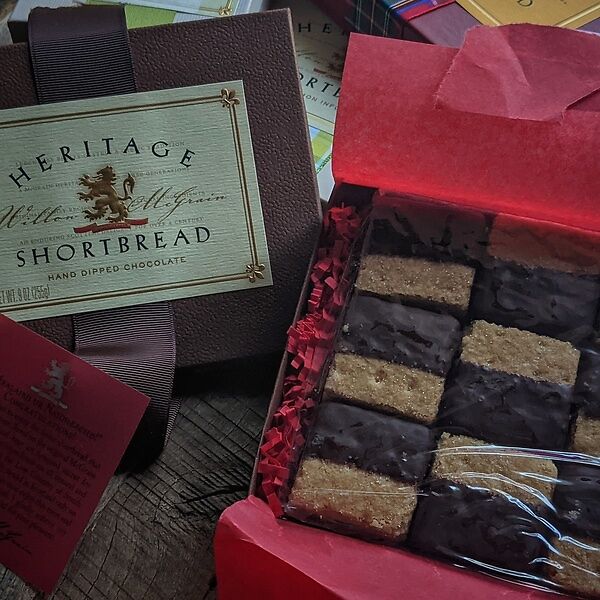 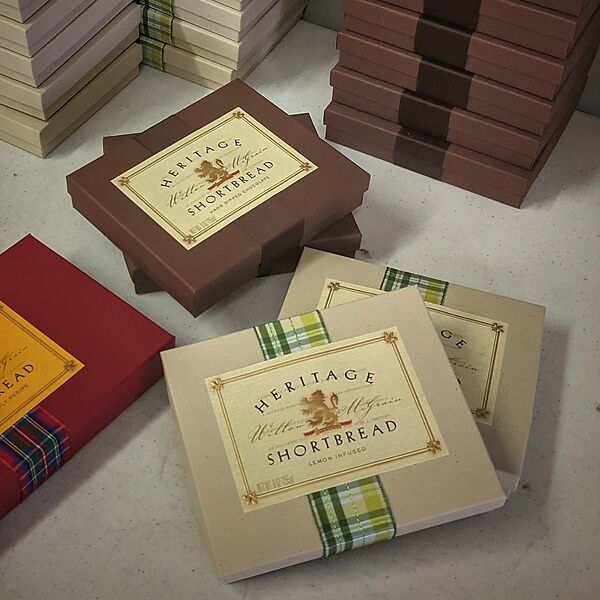 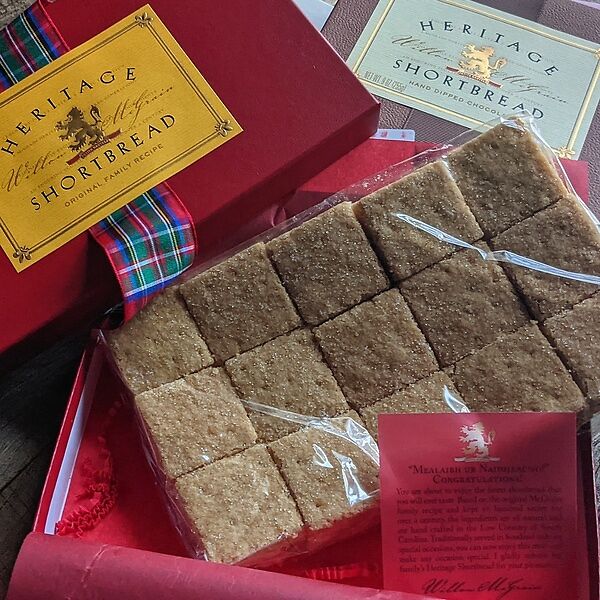 Eat It Now….or Save It for a Special Occasion

Heritage shortbread is made to be enjoyed on special occasions, at family reunions, or after family meals, during that special time when everyone relaxes and enjoys the company of their loved ones. This historic treasure traveled from Scotland to South Carolina the same way that other recipes came to this nation from the old country – in the memories of the people who built this nation.